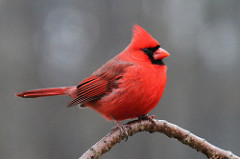 On Inauguration Day, listener Tekia (and we hope that’s spelled right) called to let us know that we were helping her stay frosty.  Another listener, Liza, wrote wondering if her peers with MD family members are at an advantage in medical school.  Co-hosts John Pienta and Adam Erwood (who have physicians in their immediate families) and Kylie Miller and Rob Humble (who don’t) are happy to discuss the blessings supposedly showered upon those for whom medicine is a family business, and how those who aren’t so fortunate can soldier on without those advantages.  Also, the spirit of intellectual curiosity is alive!  Thanks to that–and a twitter hashtag–we learned this week that birds don’t break wind.  Listeners, share your thoughts with us each week.  Call us at 347-SHORTCT any time, and see our Facebook page for a question to consider every week.

END_OF_DOCUMENT_TOKEN_TO_BE_REPLACED

This week on The Short Coat Podcast, Lisa Wehr, Cole Cheney, Zhi Xiong, and Greg Woods are back with this week’s completely inadvertent theme: odoriferous treatments.  Also we talk about how medical students do a lot of staring at the bark and missing the trees, and the scandalous and sexist mnemonics used in medical school for all that bark staring.  Dave looks forward to the delivery of his iPad Air 2 and ditching his 2010 iPad 2 because iOS 8 destroyed it.  U2’s Bono reveals that his silly glasses are a treatment for his glaucoma, making everyone feel bad for thinking he was just trying and failing to look cool. There is a evolutionary reason for the thick male skull, which seems to coincide with the appearance of The Three Stooges on the fossil record. Cole reveals he’s a beta male as evidenced by his reaction to blood draws, and how this reaction perpetuates the survival of the species. A British man fakes a 2-year coma to avoid court. Proposals for a robot force to deal with Ebola.  The University of Exeter isolates a compound from the smell of flatulence that they think will treat diseases that are mediated by damage to mitochondria. Researchers peg when adult humans gained lactase and thus the ability to process milk, and as a result we are thankful that Lisa grew up on a dairy farm and explains why and how adults grew to do that.  Scientists discover that our skin contains odor receptors, and a man with a spinal injury gets cells from his olfactory bulb transplanted into his spine and regains motion and sensation.

Listen to more great shows for medical students on The Vocalis Podcast Network.