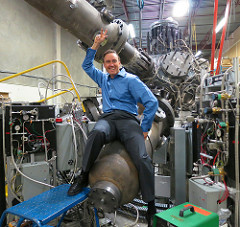 Happy Thanksgiving!  The crew–John Pienta, Marc Toral, Dylan Todd and new guy Jay Blomme–were lucky enough to hear from a couple listeners about our recent post-presidential election episode.  For instance, Kayla called 347-SHORTCT to say thanks; we presume she had more to say, but she got cut off.  We continue our discussions on logic and logical errors, considering the efforts that Facebook and Google are making to reduce the effects of ‘fake news.’ John has some suggestions on how to have a productive conversation with people whose opinions you don’t share.  Dylan is the master of strange analogies that ultimately are right on target. We discuss one idea in DIY medicine we might be able to get behind, a device that allows women to take some control of their breast reconstruction journey.  And we mark the passing of ‘The Radioactive Boy Scout,’ David Hahn, who attempted to build a working nuclear reactor in his back yard as a teenager.  And some podcasters who couldn’t join us this week send in their thoughts on what they’d do with an extra day no one else could mess with. Listeners, share your thoughts with us each week.  Call us at 347-SHORTCT any time, and see our Facebook page for a question to consider every Monday.