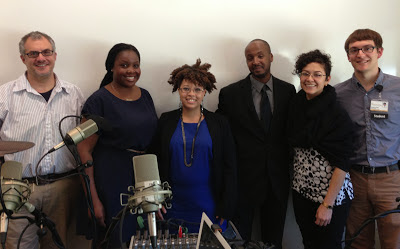 [With the news that HBO and Oprah Winfrey will release an adaptation of Rebecca Skloot’s The Immortal Life of Henrietta Lacks in April 2017, enjoy this discussion with Lacks’ great grandaughter and grandson, originally recorded in 2013]

The efficacy of any biomedical researcher is based on his or her foundation of scientific knowledge.  Few would have any problem grasping that idea.  What’s less well understood, by both researchers and laypeople alike, are the stories of the biological materials they work with.  Often these materials are cell cultures, tissue samples, human DNA.

Unlike the chemicals, reagents, test tubes, and machinery used in research, these materials often come from people.  That’s easily forgotten when they can be ordered from catalogs and websites in the way of other commodities. But those people, who may no longer live among us, have stories.  In the case of Henrietta Lacks, an African American woman who passed away in the early 1950s of cervical cancer, the cells taken from her without her or her families’ knowledge touched off a revolution in biomedical science.

They’ve contributed to the vaccine for polio, were the first cells to be cloned, and have been used in a number of cancer, virus, and pharmacological studies all over the world. Rebecca Skloot’s 2009 book The Immortal Life of Henrietta Lacks noted that Mrs. Lacks’ cells have been used in more than 60,000 studies, and 300 more are being added each month.  They are of huge importance to science because they were the first so-called immortal cell line–unlike most cells, they divide and reproduce essentially without limit.  But though no-one in Henrietta Lacks’ family knew of their existence at first, the cells ultimately became of huge importance to her descendants.  In this episode, Alison Pletch, Eboni Jones, Greg Pelc, and I were honored to be able to welcome two members of the Lacks family to the show.  David Lacks is Mrs. Lacks’ grandson, and Victoria Baptiste is her great granddaughter, and they spoke with us about their ancestor, informed consent, and their work with the National Institutes of Health on HeLa cell research guidelines. 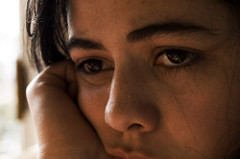 [With Thanksgiving late week, we didn’t record a new episode.  Enjoy this rerun, instead!]

Just hours before a new crop of medical students are to be welcomed into the world of medicine, Kaci McCleary, John Pienta, Aline Sandouk, Mark Moubarek, and Lisa Wehr confront one of the most uncomfortable topics in medical education: resident and student suicide.  Among doctors, suicide rates are much higher than among the general population.  The long hours, high pressure (from both one’s internal monologue and from outside sources) to succeed, fear of public humiliation regarding one’s shortcomings, isolation, inadequate supervision, the stigma against mental illness, the career penalties faced by those who admit to unwellness, and more, all contribute to the problem.  Institutions also have a difficult time addressing incidents of physician suicide effectively, as they try to walk a tightrope strung between respect for the privacy of the deceased, the needs of colleague survivors to talk about it, the desire to avoid adverse publicity.  Meanwhile, the work does not stop. The only breaks are a moment of silence, a visit with a grief counselor, or an “open forum” to discuss one’s feelings.

Fortunately, the culture may be changing to allow for more discussion, prevention, transparency. Institutions like the University of Iowa and Harvard University are adding counseling capacity, student groups to support struggling peers, and a greater openness to acknowledging without shaming the fact of mental illness among physicians.

[Since Dave and the Writing and Humanities Program was putting on an art-and-medicine conference last week, we’re posting this rerun.  Enjoy!]

Dave helps Mark Moubarek, Amy Young, Rob Humble, and Corbin Weaver to practice their clinical skills by  answering random people’s “health” questions from the saddest place on the Internet. But first we discuss the AMA’s policy to support the ban on direct to consumer advertising of drugs and implantable devices, and how such advertising makes the doctor-patient relationship complicated. Will drug companies retaliate by advocating for bans on advertising doctors and hospitals to patients.  Researchers in the UK may be about to get the green light to edit the genes of human embryos seeking answers to why some miscarriages happen.  Are we approaching the slippery slope?

END_OF_DOCUMENT_TOKEN_TO_BE_REPLACED 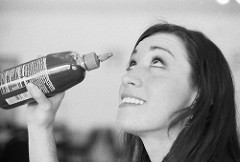 With Dave on vacation, we’re taking a break this week.  Enjoy this rerun!

Corbin Weaver, Cole Cheney, Taz Khalid and Tony Rosenberg educate Dave on Snapchat.  Technology: scary!  We confront the limits and future of antibiotics as we hear about the new E. coli bug that’s immune from all of them.  We discuss how YOU can set up your own medical office, and get all your equipment from good ol’ Amazon. Corbin is on her psychiatry rotation, and it’s turning out to be a reflective time for her, especially as it relates to how we treat people with psychiatric disorders.

END_OF_DOCUMENT_TOKEN_TO_BE_REPLACED

[Here’s a previously posted episode, since Dave was out of town last week.  Enjoy!]

Sister Helen Prejean is a well-known anti-death penalty advocate who has ministered to prisoners on death row. She began her prison ministry in 1981 by becoming pen pals with Patrick Sonnier, a convicted murder who was sentenced to death by electrocution in Lousiana’s Angola State Prison.

Since then, she has witnessed 5 executions and founded the victim’s advocacy group “Survive” in New Orleans. She continues to counsel inmates on death row as well as the families of murder victims. Sister Prejean speaks out against the death penalty through lecturing, organizing and writing, and she is the author of two books on the subject. Dead Man Walking: An Eyewitness Account of the Death Penalty in the United States was an international best seller, and it was developed into the 1996 motion picture for which Susan Sarandon won an Oscar for best actress.

END_OF_DOCUMENT_TOKEN_TO_BE_REPLACED

Oh, snap.  Our recording last week was nuked by the computer gods.  Here’s a re-run to keep your auditory meatus occupied.

What can medical students and residents do to keep their chins up during their training? That’s what listener Ross–who has noticed the contrast between his happy med student co-workers and his crabby resident co-workers–wants to know. John Pienta, Gabe Lancaster, Jake O’Brien, and Matt Becker consider the question and the advice we gathered from residents. END_OF_DOCUMENT_TOKEN_TO_BE_REPLACED

Thanksgiving happened last week, so enjoy this re-run! This time, Dave is on vacation, but John Pienta, Aline Sandouk, Cole Cheney, and Kaci McCleary didn’t let that stop them. Thanks to Intern Cory, they were able to carry on without him (*sniff*). Kaci and Aline review their first year: was it fun? I bet you know the answer to that one. How did it change them? What did they discover during the experience? How did they cope? What choices did they make, and how did that affect their well-being? And John and Cole clue them on what they’ll face next year.
END_OF_DOCUMENT_TOKEN_TO_BE_REPLACED

[Today’s episode is a rerun, brought to you by Dave’s vacation.  Enjoy!]

This time, Mark Toral, John Pienta, Kaci McCleary and Nick Sparr discuss Medical Student Performance Evaluations and Dave’s problem: if you’re looking for it to be a recommendation, that’s not going to happen; but the good news is that when you start your clinical rotations, you are already starting to write your own MSPE through the comments you get, so we discuss how to get good comments and how to learn from the formative ones. We debate Mt. Sinai’s Icahn School of Medicine ongoing program that guarantees admission to college sophomores who have good grades and are humanities majors, no MCAT required. And Nick describes one of his medschool interviews in which he laid out his plans for an end-of-the-world harem.

Won’t you leave us a review? iTunes | Stitcher

END_OF_DOCUMENT_TOKEN_TO_BE_REPLACED

It’s a long road, and a lot of deliberate work to get to the top spot in academic medicine; and there’s not that many top spots available.  Fortune 500 CEOs are a dime a dozen, but there are only a relative handful of dean positions out there.  For this episode, Cole Cheney talked with our own Dean Debra Schwinn to find out more about her and her journey, and Zhi Xiong, Greg Woods, and Corey Christensen pitched in with their reactions to questions like…

END_OF_DOCUMENT_TOKEN_TO_BE_REPLACED

In this episode from way back, Natalie Ramirez, Zhi Xiong, and Mgbechi Erondu got to hang out with a real Pulitzer winner (!) and a nice man, David Oshinsky, PhD. He is the author of Polio: An American Story. From the papers of Jonas Salk, Albert Sabin, and other key players, Dr. Oshinsky records the U.S. public health crisis of polio and the search for a cure in the early 1950s, a frightening time for all Americans. END_OF_DOCUMENT_TOKEN_TO_BE_REPLACED